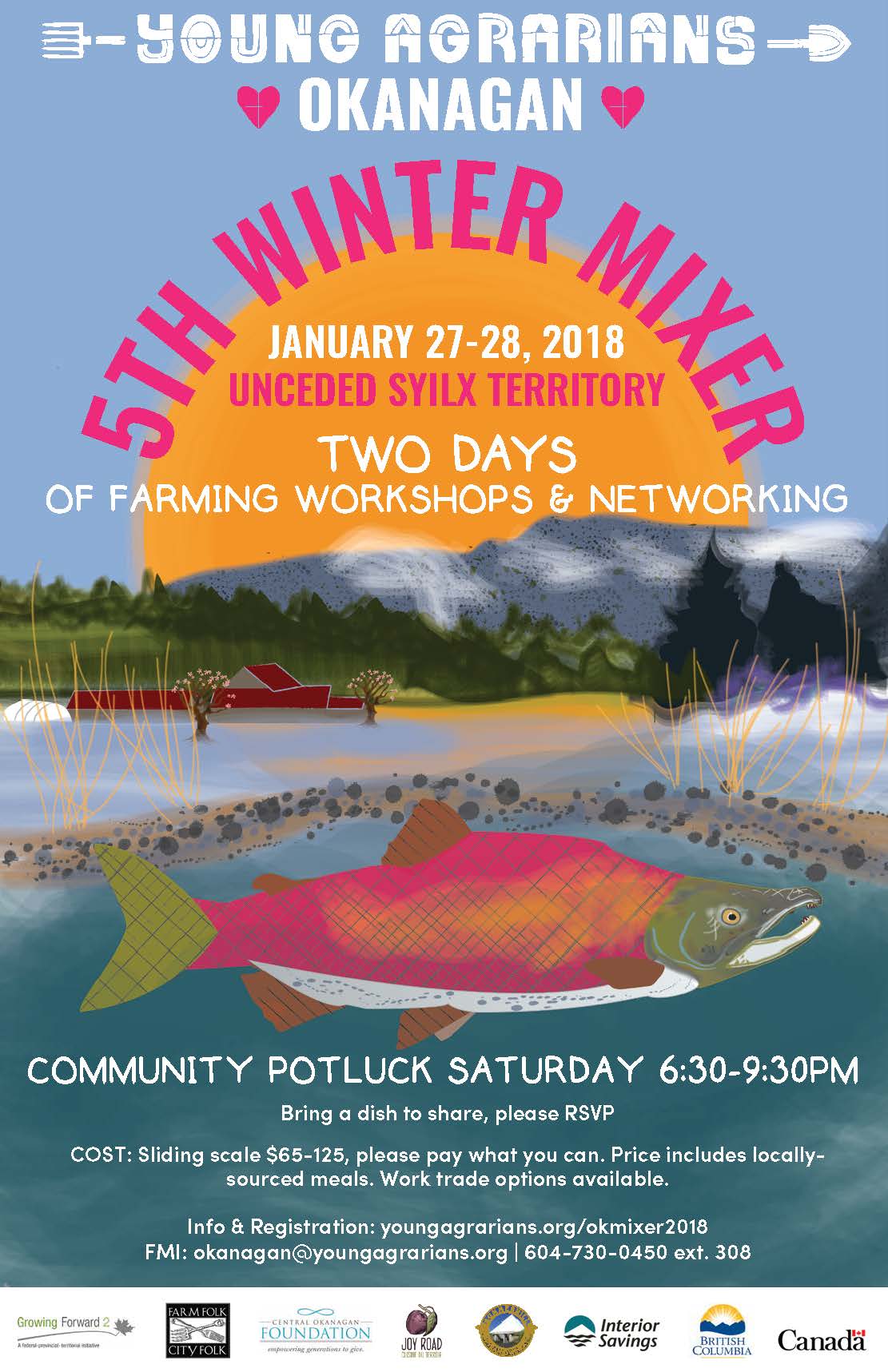 Calling all new and young(ish and at heart) farmers, and want-to-be-farmers! Young Agrarians is celebrating five years of Winter Mixers in the Okanagan with two days packed with farming skills and networking at Summerhill Pyramid Winery on January 27-28, 2018 in Kelowna. Whether you’re a brand new farmer or have some seasons in your pocket, we've crafted a fantastic program for this year's Winter Mixer that will be sure to sharpen your farm and business skills and build connections with other farmers. Delicious meals, a fun social atmosphere, and farmers sharing their knowledge will be sure to get you inspired, sharpen your farm skills, and build connections in your farming community.

Essential Skills for your Digital World 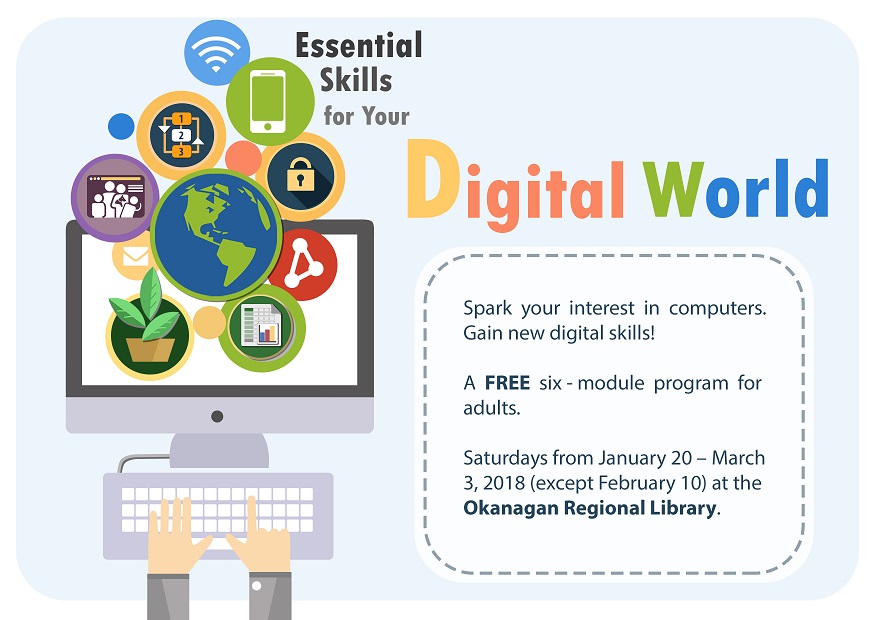 On January 19th the Scotiabank Centre for Non-profit Excellence and Purppl are hosting the So Fun Workshop at BDO in Kelowna. The workshop provides in-person education, exercises and tools to help you build and grow a social enterprise. 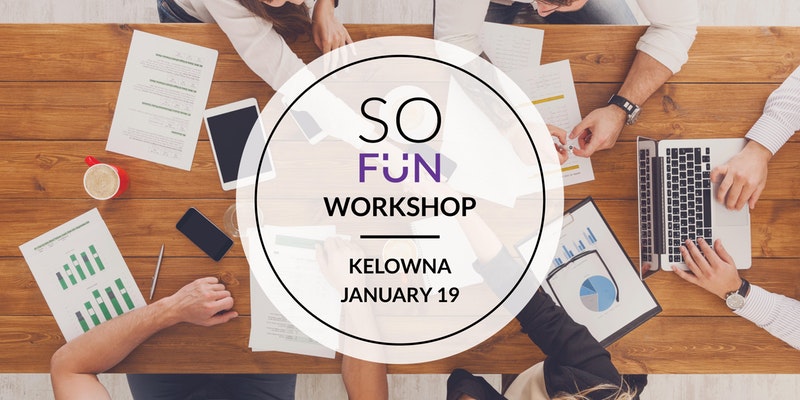 The workshop features examples of social enterprises such as award-winning Mission Possible, as case studies demonstrating how the business model canvas can jump-start your organization starting your own social enterprise. You’ll have an opportunity to build a business model canvas, learn about the customer discovery process, explore potential funding opportunities, deconstruct how to pitch your business and more.

If you’re interested in starting a social enterprise, social innovation, or social change, this workshop is a good fit to learn the fundamentals to put your idea into motion.

Tickets are $75 and include a copy of all content, exercises, coffee, tea, water, and lunch. You can purchase your ticket at: https://sofun-workshop-kelowna.eventbrite.ca

The Top Sales and Marketing Mistakes and How to Avoid Them 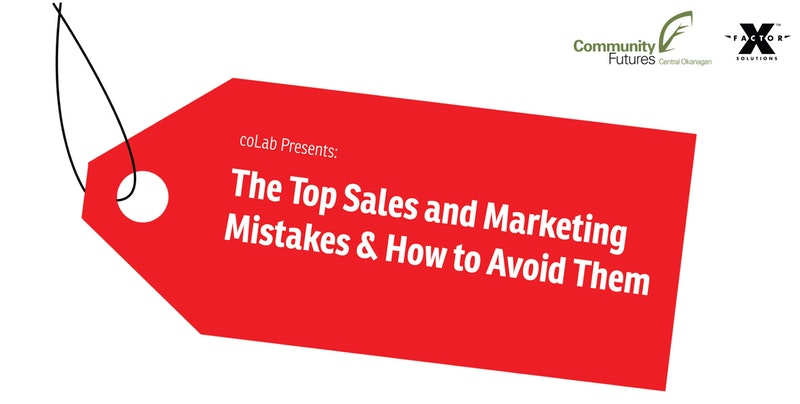 Everyone wants to sell more, but most don't know how.

The best companies are invariably more skilled, better organized, employ better tactics, and are more motivated...but how do you do that? This session will be high in actionable takeaways you can start implementing immediately. You will uncover proven strategies to meaningfully engage your teams and increase your sales.

Some of the topics that will be covered:

This session will not be ordinary – and it will help you.

Kim travels worldwide sharing insights on leadership, sales, marketing, innovation, strategic advancement, and human performance and happiness. He is best known for his trademark, “P4 Advancement System” which is a framework that helps individuals and teams move beyond the ordinary and hit whatever targets they set for themselves. This P4 methodology combines planning and innovation with keeping people happy, productive, and executing over and over again.

Kim is a strategic thinker and implementer. He is in the business of helping entrepreneurial people accomplish anything they set their minds to. He has a history of producing strong results for Fortune 500 clients, small and medium businesses, school districts, colleges, and universities. His approach combines fun, flexibility, attention to details, and an entrepreneurial fun style. He and his team are committed to providing innovative and proven solutions... with guaranteed results.

Clients Kim has helped include:

Join a committed group of early-stage entrepreneurs at Rock My Business Plan Kelowna, hosted by Futurpreneur Canada and supported by the Government of British Columbia.

Move through set-up, strategy, and execution of your business in 3 weeks, in the company of like-minded entrepreneurs. You will learn how to:
● Effectively pitch your business and clarify your value proposition

● Determine appropriate marketing and sales strategies for your venture

● Find resources to assist with financing, mentoring & other needs as you launch

● Take your business from idea to execution

This opportunity is free to attend and nearly full. Register now: http://ow.ly/llvY30fmA4u
Event Calendar Listing
Event title: Rock My Business Plan Kelowna
Dates: Wednesday, October 11th, 18th & 25th
Time: 5PM to 8PM
Location: Okanagan coLab (1405 St Paul St, Suite 201, Kelowna, BC V1Y 2E4)
Event description:
A business plan working group designed to help entrepreneurs create a killer business plan in record time. If you are serious about getting your business idea off the ground or taking your start-up to the next level, you need to be here.
Futurpreneur Canada’s Rock My Business Plan Workshop || Partner Promotions Package || Fall 2017 || 10
We will cover 3Ms of a business plan: Mindset, Market, and Money. Expect networking, strategic planning time, and pointers on how to plan, to elevate your business right from the start.
This session is for you if you: - Are 18 -39 years old - Have a strong business idea to flesh out OR recently launched - Are looking for a strategy and road-map on next steps for your business - Want an opportunity for one-on-one tailored business coaching as you launch - Are interested in discovering options for financing & mentorship after you launch
This session is accessible at no charge, for those considering a Futurpreneur Canada program*.
Questions? Contact stoth (at) futurpreneur (dot) ca.
Price: Free!

Come join us and our facility partners for our Annual Small Business Week Open House at Community Futures in Landmark 1, 210-1726 Dolphin Avenue, Kelowna BC on Wednesday, October 18th, 2017 from 3 - 6 pm. Enjoy appies and desserts by Michael Buffett from Start Fresh Collaborative Kitchen, you will not be disappointed!

From August 28–September 7, Techstars’ Entrepreneur in Residence, Chris Heivly, will visit the Okanagan as part of a North worldwide community pilot project. Techstars – named by Forbes, TechCrunch and Inc. as one of the top accelerators in the U.S. – has selected the Okanagan as the only Canadian region to participate in the community pilot project, which aims to support local entrepreneurs and establish a long-term working relationship between startup communities. “The Okanagan is fighting way above its playing weight. They have a robust and mature startup ecosystem compared to the size of the overall population,” says Heivly. “I have been to the Okanagan
a number of times over a year and a half period but this will be a deeper dive and a chance to really connect with what makes this community, the people.”

Heivly’s visit marks the first of four phases within the community pilot project. Techstars will begin by meeting with a number of startup founders in Kelowna, Vernon and Penticton. They will then develop a community assessment, measuring the Okanagan using a Techstars scorecard. Based on the results of the interviews and assessments, Techstars will collaborate with Accelerate Okanagan to create a three, six and 12-month community roadmap.

Finally, they will come alongside the community and support implementation. “We are confident that Chris Heivly’s insight will be valuable to us as our tech community continues to grow,” said Raghwa Gopal, CEO of Accelerate Okanagan. “The fact that we were chosen out of 20 applicants as one of five pilot locations is a testament to the vibrancy of our tech community.”

For more information or to secure an interview with Chris Heivly or Raghwa Gopal, please contact
Kathleen Reid at This email address is being protected from spambots. You need JavaScript enabled to view it. or 604-724-1242.

ABOUT ACCELERATE OKANAGAN
Accelerate Okanagan’s (AO) mission is to give new and growing technology-driven businesses
the mentorship, connections, and community they need to thrive. This is accomplished by leading
the development and growth of a strong entrepreneurs and by helping companies accelerate the
commercialization of their technology products and services. The end goal is to help businesses grow
and create high paying knowledge based jobs and positive economic and social benefit to the region.

ABOUT CHRIS HEIVLY AND TECHSTARS
Techstars is a worldwide network that helps entrepreneurs succeed. Techstars Startup Programs inspire,
educate and connect entrepreneurs. Chris Heivly is an early stage investor and entrepreneur. He cofounded
MapQuest, managed a $25 million corporate venture fund, co-founded The Startup Factory (a
Techstars-like accelerator) and has led various early-stage companies as CEO/COO. He recently joined
Techstars to leverage their collective experiences to help communities optimize their ecosystem goals
through these community projects.